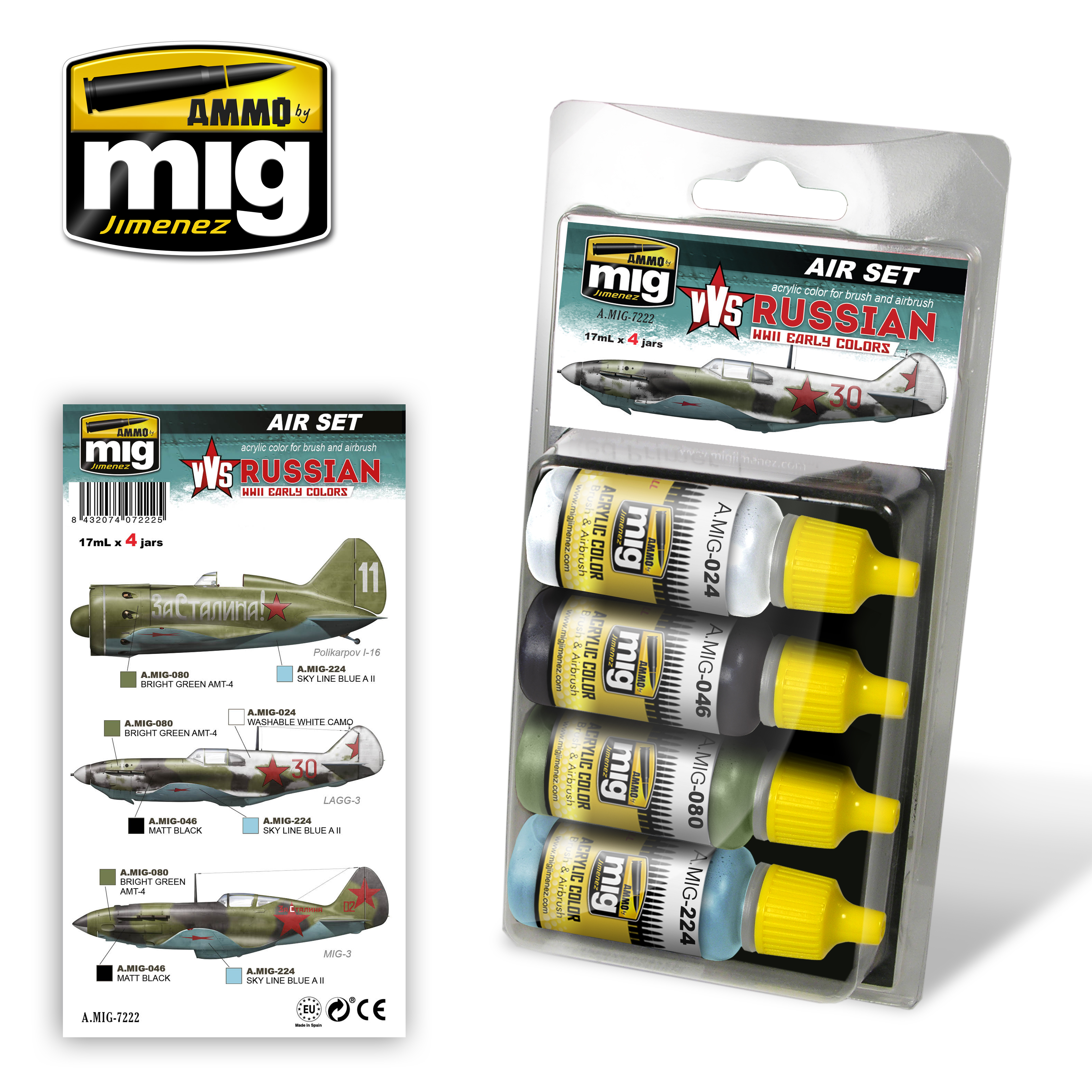 4 x 17ml High quality paints for aircrafts - specially used to accurately apply the camouflage for aircraft of the Soviet Air Force during the early years of World War II. This set is designed for aircraft such as the famous MiG-3, LaGG-3, Yak-1, and the mythical Polikarpov I-16 and includes color references for the most accurate finish. The colors are based on photographs and documents of the time representing exact colors, although slightly lightened to compensate for the scale effect.