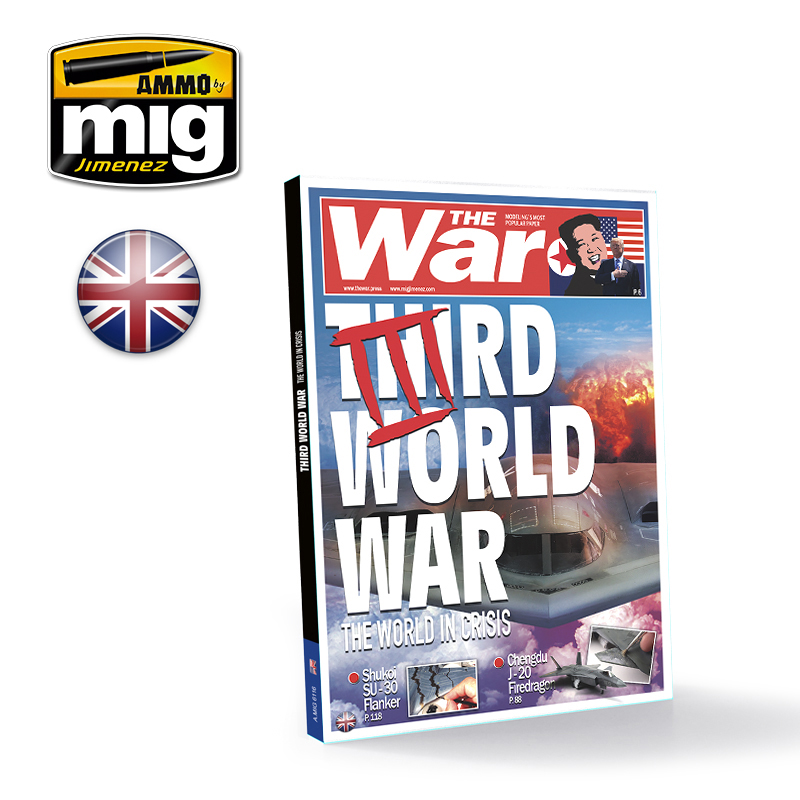 Welcome to the future. Set in a hypothetical reality where years of diplomacy and posturing has brought two antagonistic worldviews and two different ways of understanding international politics closer to the brink. THIRD WORLD WAR, THE WORLD IN CRISIS lays out how and where a large-scale confrontation for the control of Asia and the word could take place.

AMMO by MIG Jiménez brings you a new concept in modeling books, a unique publication that not only documents how to build, paint, and weather our models: but also novelizes and speculates about various hypothetical scenarios to highlight our subjects: military aircraft.