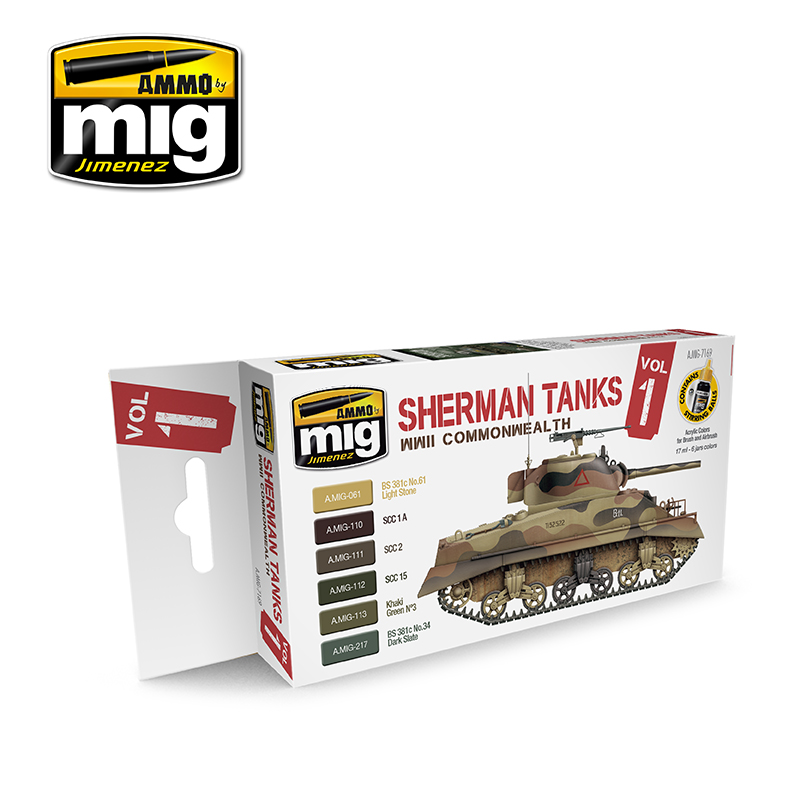 Tens of thousands of this famous American tank were built during WWII. In addition to its use by US forces, the M4 Sherman also served with many Allied countries. This set includes the most common colors used to camouflage British and Commonwealth Sherman tanks. From the usual greens to the distinctive Dark Slate color, through Light Mud, and the light tones used in North Africa and Italy.